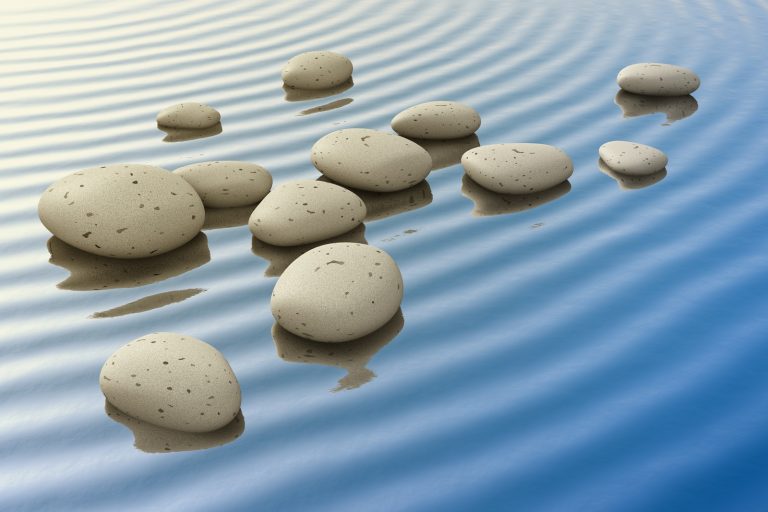 We’ve all experienced a belief that just seems to “happen” and comes out of nowhere. Maybe you’ve felt the inner conviction that you’re in the wrong place at the wrong time.

While there may be no obvious reasons for it, we just know that feeling is definitely there. And it’s usually in our best interest to honor our beliefs in the moment we have them.

Later, in a safe environment, we can look back and explore what may have caused our “inner alarm” to sound. When we do, it’s not uncommon to find that our beliefs have been sparked by something beyond the emotions of love or fear that create our typical feelings. That something is the power of what many people simply call the vibes of body truth, body resonance, or just plain resonance.

In its simplest form, resonance is an exchange of energy between two things. It’s a two-way experience, allowing each “something” to come into balance with the other. Resonance plays a huge role in our lives in everything from tuning our televisions and radios to our favorite station, to the unforgettable feeling that we have when another human looks directly into our eyes and says, “I love you.” Our experience of what we believe is all about resonance between us and the facts with which we’re being confronted.

To get a clear idea of what resonance is, let’s look at the example of shared vibration between two guitars placed on opposite sides of the same room. As the lowest string of either guitar is plucked, the same string on the second instrument will vibrate as if it were the one that was just plucked. Even though it’s on the other side of the room and no one has physically touched it, it’s still responding to the first guitar, because they’re equal in their ability to share a particular kind of energy. In this case, the energy is in the form of a wave traveling through space and across the room. And this is the same way we experience belief in our lives.

Rather than two guitars in a room tuned to match one another, we’re beings of energy with the capacity to tune our bodies and share particular kinds of energy. When our thoughts direct our attention to a sight that we see, words that are spoken, or something that we otherwise experience in some way, our physical selves respond to the energy of that experience. When it resonates with us, we have a body-centered response that tells us that what we have seen or heard is “true”—at least it is for us in that moment. This is what makes body truth so interesting.

Whether or not the information or experience is factual isn’t what this kind of truth is all about. The person experiencing resonance believes that it’s true. And, in that moment, it is true for him or her. The individual’s past experience, perceptions, judgments, and conditioning shape the experience into what he or she feels in the moment.

Equally interesting is the fact that the same person can face a similar situation a week later and find that it no longer resonates with him or her. Because it doesn’t, it’s no longer true. This happens because the individual’s filters of perception have changed and the person simply no longer believes as he or she did a week earlier.

In their experience of body truth, people often have physical sensations that tell them they’re resonating with what they’ve just experienced. Goose bumps; ringing of the ears; and a visible flushing of the face, upper chest, and arms are common expressions of body truth.

Resonance is a two-way experience. In addition to telling us when something is true for us, it’s also a defense mechanism that alerts us when we may be in a potentially harmful situation. When we find ourselves in the proverbial “dark alley,” for example, we may actually feel as though we are in the wrong place at the wrong time. Our bodies “know” this; and the resulting symptoms can range from a mild, general weakness in the body, as if something is suddenly siphoning off all of our energy, to an extreme when the experience or information is so shocking to us that we break out in a cold sweat, with our face turning pasty white as our blood rushes away, preparing us for fight or flight.

Interestingly, we often have the same responses in the presence of lies, or at least information that our bodies feel is untrue. While it may be that we simply don’t have all the facts, or that those we do have are perceived incorrectly, the key here is that in the instant we suspect a lie, we’re responding to our experience of that moment. When we hear someone tell us something that we absolutely know beyond a shadow of a doubt is untrue, we feel a tension in our body that is commonly called our “bullsh*t detector.” While it may not always be based on facts that are knowable in the moment, our gut reaction to what others share with us can be an invaluable tool in situations that range from suspected infidelity in a romantic relationship, to reading a label on our favorite package of cookies that tells us that the additives and fats we’re about to eat are “harmless.”

My family recently had this experience when the “tree doctors” showed up at our door one day to spray our yard with a pesticide that would protect the neighborhood from certain insects. While they were telling us that the chemical was “harmless” to animals and humans, and even to children (whom I’ve always thought of as humans as well), we were also instructed to keep our pets, kids, and bare feet off of the lawn for 24 hours and to wipe everyone’s shoes before coming into the house. Although I’d done no research on the pesticide or the company and had no reason to doubt the man standing in front of me, who sincerely believed what his employer had told him, I knew in the core of my being that what I was being told was incorrect. The first words out of my mouth were to the effect that “if the chemical is really so ‘safe,’ then why all the precautions?”

After doing some quick investigating on the Internet, my suspicions were confirmed. The pesticide that was proposed was the same stuff that has been linked to a variety of health conditions, none of which were good. It’s almost as if the company believes that as long as their product doesn’t cause three-headed ants to appear in the yard a week later, the stuff is okay to use!

The key here is that we don’t have to think about our experiences to determine if they’re right for us. The body already knows the answers, and it responds with signals with which we’re all familiar. And these are the experiences that tell us when we accept something as truthful in our lives and when we don’t. The question is: Do we have the wisdom or the courage to listen?

Excerpted from pages 92 to 96 of Spontaneous Healing of Belief  by Gregg Braden. Copyright © 2008 (Hay House).