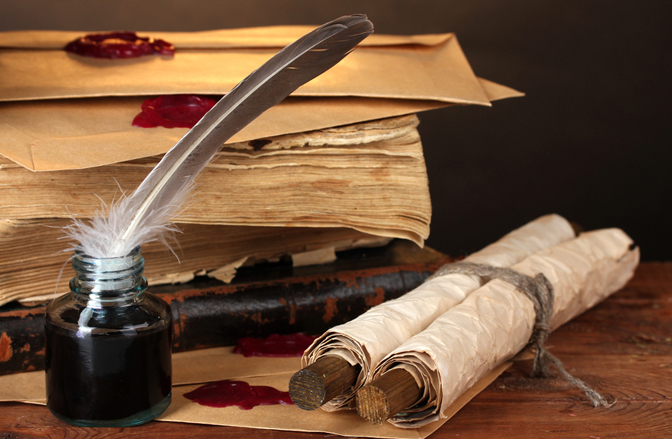 The visions of a world-age transition, and what follows it, extend far beyond the ancient and indigenous worldviews into the era of recorded history. For more than 400 years such visions of the future have fallen into the realm of prophecy, and the word itself has been nearly synonymous with the names of great seers such as Edgar Cayce and Nostradamus.

Born in 1503, Nostradamus was fascinated by the profound visions of ancient oracles and studied them to work on his own techniques of prophecy. Using what he learned, Nostradamus developed a gift of second sight that allowed him to peer—to remote-view—well into his future and even beyond ours, to witness events that had yet to occur with extraordinary detail and accuracy. In what is arguably his best-known work, Centuries, he recorded what he saw from his vantage point in the 16th century, through the next ten centuries, and then even beyond our time, ending in the year a.d. 3797. Some scholars believe his future sight may have extended even further.

Because of the stigma surrounding the use of prophecy in his time, Nostradamus couldn’t write about his visions directly. Instead he recorded them in a coded format called quatrains—mysterious verses of four lines each. By the time of his death, Nostradamus had set down his visions for each century as 100 verses of such quatrains.

The Prophecies of Nostradamus

While many of the things that Nostradamus recorded do appear to be surprisingly accurate, just as we find for other prophecies, without specific dates they are open to interpretation. Among the dates that are noted, however, are the specifics for the two world wars that cannot be mistaken.

Nostradamus also recorded Hitler’s name and a description of the swastika; the discoveries of penicillin, nuclear energy, and the AIDS virus; the failure of Communism; and the assassination of U.S. President John F.Kennedy. Even though the interpretations are subjective, scholars generally agree that he did foresee a great change on a global scale around the transition from the 20th to the 21st century. Similar to the Native American and biblical traditions, the changes that Nostradamus witnessed in his visions were accompanied by tremendous cataclysm.

Only when he felt that the event in his vision was critical or urgent did Nostradamus include an actual date. On the rare occasions that he did so, those dates have become the touchstones to orient us in history for the things that happen before and after. For this reason, I find it fascinating that one of those rare dates occurs in the late 20th century. In his book Centuries X, quatrain number 72 reads: “In the year 1999 and seven months, / A great King of Terror will come from the sky. / He will bring back the great King Genghis Khan [of the Mongols] / Before and after Mars [war] rules happily.”1

In the Epistle to Henry II, verse 87, Nostradamus further clarifies this time in history, stating, “…this will be preceded by a solar eclipse more obscure and more dark…than any since the creation of the world except that after the death and passion of Jesus Christ.”2

A solar eclipse that was visible throughout much of Europe did occur on August 11, 1999. In verse 88, Nostradamus continues describing the cataclysmic nature of his millennial vision, identifying a specific month of Earth changes:

“…and there shall be in the month of October a great movement of the globe, and it will be such that one will think the Earth has lost its natural [gravitational] movement…there will be initial omens in the spring, and extraordinary changes in rapid succession thereafter, reversals of kingdoms and mighty earthquakes . . .”3

While there have, in fact, been record-setting earthquakes (the 2004 Indian Ocean quake registered between 9.1 and 9.3 on the Richter scale) and nations, such as Iraq and Afghanistan, have certainly changed their affiliations and forms of government, it’s difficult to say that these are precisely the things that Nostradamus saw in his visions.

What’s important here is that although the specifics of Nostradamus’s future sight may vary from those of other prophets and prophecies, the general theme of a great change at century’s end does not. Although they were born 374 years apart, there is a surprising consistency between Nostradamus and the man known as the “Sleeping Prophet” in the 20th century, Edgar Cayce.

The Prophecies of Edgar Cayce

In what have become some of his best-known prophecies, Cayce stated that the late 20th and early 21st centuries would herald a time of unprecedented shifts upon the earth. Just as many ancient prophecies described two paths that could carry humankind through such an upheaval, Cayce foresaw the possibility of a future brought about by gradual change as well as a time of tumultuous shifts that are obviously catastrophic in nature. What makes
his prophecies especially significant, however, is that he saw both possibilities happening during the same period of time.

During his lifetime, Cayce gave approximately 14,000 readings that cover topics ranging from the diagnosis of ailments for specific individuals to the future and fate of humankind and the world. In reading number 826–8, which is dated August 1936, Cayce was asked specifically about the kind of changes he foresaw for the millennium that would not happen for another 64 years into his future. His response was a tangible statement regarding a measurable change for the Earth: “…there is the shifting of the pole. Or a new cycle begins.”4

Prediction of the Pole Shift / Changes in Earth’s Magnetic Field

The rapid decline in the magnetic fields of the Earth — the kind that precedes a magnetic reversal of the poles — has led some scientists to speculate that we may be in the early stages of just such a shift. In the absence of extenuating circumstances, however, and with the insights from our Time Code Calculator, it appears unlikely that such a shift will occur in the years immediately before or following 2012.

Although a number of Cayce’s early predictions for the new millennium sound catastrophic, later readings take on an interesting, although subtle, change. Reading number 1152–11 in 1939 describes the close of the century as a series of gradual changes rather than the sudden shifts he previously foresaw.

Once again, Cayce shares his future visions with the specifics of an actual date. He states, “In 1998 we will find a great deal of activity that has been created by the gradual changes that are coming about.”5 He continues: “As to the changes, the change between the Piscean and the Aquarian Age is gradual, not a cataclysmic one.”6

The Significance of Prophecies

The prophecies of Nostradamus, Edgar Cayce, the Aztecs, the Hopi, the Maya, and others have sent the reverberations of an unmistakable message throughout time. Separated by hundreds of years of history and thousands of miles of distance, all point to now. They all see something powerful, possibly wonderful and possibly destructive, happening on a global scale during a time that spans the last years of the 20th century and the first years of the 21st century.

The odds against such similar stories developing “out of nowhere” for such vastly different people and places suggest that this is more than simply a coincidence. What did they know that we’ve forgotten? Why did the Mayan timekeepers choose 2012 rather than the 2000 millennium date as the end of their calendar What difference could those 12 years possibly make in the ending of a 5,125-year-long cycle?

Prophecies of the Mayan Calendar

Perhaps the best way to answer that question is through a better understanding of the Maya themselves. To appreciate just what the Mayan calendar and the end of time means, we must look beyond the calendar itself. Its symbols and codes are the lasting legacy of an obsession with vast cycles of time and our relationship to that time. It’s the Maya’s advanced knowledge of the cosmos and their ability to preserve it for generations to come that modern archaeologists have called the “Mayan mystery.”