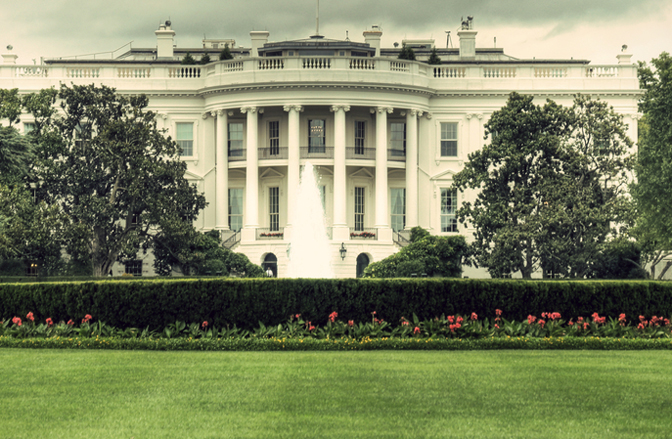 Just a couple of days after John F. Kennedy’s assassination, our local newspaper printed a story that rekindled my fascination with patterns. While I was moved by the life, ambition, and vision of Kennedy himself, the story was about the curious circumstances that surrounded his death. I read it and reread it.

The title of the article was “History Repeats Itself.” Its focus was on the eerie set of “coincidences” that connect the 1963 assassination of President Kennedy to another that had occurred nearly 100 years before—that of Abraham Lincoln. While I had always been interested in patterns and cycles, I had never really thought of them in terms of things like the deaths of Presidents.

At first I simply skimmed the statistics out of curiosity. While they were interesting, they seemed so generalized that I was unconvinced that there was any great mystery.

My thought was that any similarities were just that: parallels that the staff writers were drawing to create a flashy story.

All were certainly uncanny coincidences, but not enough to convince me that anything out of the ordinary was being revealed. The more I read, however, the more specific and bizarre the parallels became. Lincoln, for example, was sitting in box number 7 of Ford’s Theatre when he was killed. Kennedy was riding in car number 7—the make was a Lincoln offered by the Ford Motor Company—when he died. Both were with their wives at the time.

Before his presidency, Lincoln had been elected to Congress in 1846. One hundred years later, in 1946, Kennedy was elected to Congress. Lincoln became President in 1860, Kennedy 100 years later in 1960. The last name of the men who replaced them in office was the same—Johnson—and both Johnsons were born 100 years apart. Andrew Johnson was born in 1808, while Lyndon Johnson was born in 1908.

As the comparisons continued, the similarities certainly seemed to be more than coincidence. They even went beyond the assassinations themselves, weaving their way throughout the personal lives of the men, their families, and their friends. Both Presidents had four children, and both had lost two of them before they reached their teens. Both had lost a son while they were serving in the White House. The doctors for Lincoln and Kennedy had the same name: Charles Taft. The name of Lincoln’s private secretary was John (Kennedy’s first name), and that of Kennedy’s secretary was Lincoln (Abraham’s last name).

The patterns even extended into the lives of the men who killed them—into their personal histories, their motivations, and their captures. A law-enforcement agent named Baker, for example, detained Lincoln’s assassin, John Wilkes Booth. An officer who was also named Baker held Kennedy’s shooter, Lee Harvey Oswald, in custody.

It seemed that the patterns were endless. But perhaps more important, they are undeniable. Regardless of why or how these two events separated by 100 years could be so similar, the fact is that they are. While this example could be chalked up to some sort of bizarre karma between these two men, the reality is that it exists. Whether we like to admit the similarities or not, the answer to our question of whether or not history repeats itself appears obvious. For at least these two events, it appears to be yes.

Along with our answer comes an even deeper question: Are the similarities that we see between the assassinations of two American Presidents separated by 100 years part of a greater pattern? If so, what is the pattern, and what does it tell us about the cyclic nature of time?

In the same way we search for patterns to find meaning in the mysterious events of our day, scholars do the same thing with historic moments of the past. Following the tragic death of President Lincoln in the 1860s, for example, historians began to suspect that his assassination might be part of a pattern that was emerging.

Little more than 20 years earlier, another President had tragically died in office. In 1841, William Henry Harrison had become ill and died of pneumonia. With President Harrison’s death, it seemed that the seed had been planted for a pattern of such tragedies. In the years that have followed, the suspicions of those early scholars have been confirmed.

For reasons that are as eerie as they are mysterious, in the nearly 160 years that followed Harrison’s death approximately every 20 years the U.S. President has either died in office or has survived an attempt on his life (see Figure 14).

With the unsuccessful attempts to assassinate Ronald Reagan and George W. Bush, the conditions of the pattern seem to have held true. The question that historians are now asking is whether or not their survival after these assassination attempts has put an end to the “20-year curse” of American Presidents. The presidential cycle of 2020 will tell the story. When we look at the statistics, however, they seem to speak for themselves.

Figure 14. Since the election of the United States President in 1840, the country has lost a sitting President to illness or violence every 20 years. (The election years given for McKinley and Roosevelt are for reelections.)

Whether we’re talking about the 100-year coincidences between Kennedy and Lincoln or the 20-year presidential “curse,” three facts are obvious:

Fact 1: There are cycles underlying both events.

Fact 2: Both cycles are “triggered” by a seed event.

Fact 3: The conditions of the seed event repeat at regular intervals.

The facts are undeniable. The question for us is, what do they mean? What are such obvious cycles of time and circumstance telling us about the nature of our lives, our world, and even time itself?