The Power Of The Placebo Effect

Home » Healing » The Power Of The Placebo Effect

The Power Of The Placebo Effect 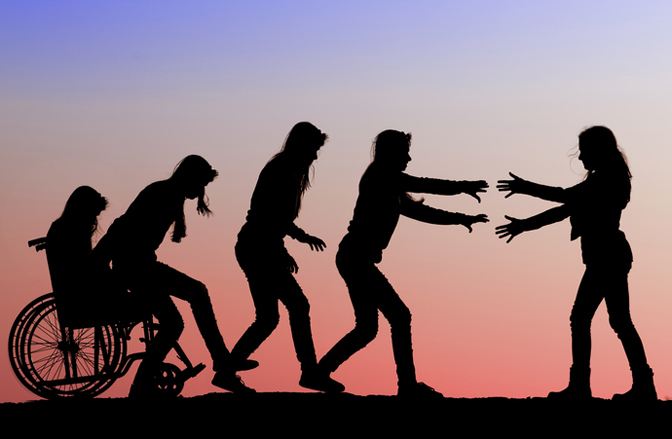 In 1955, H. K. Beecher, the chief of anesthesiology at Massachusetts General Hospital in Boston, published a landmark paper entitled “The Powerful Placebo.”1 In it, Beecher described his review of more than two dozen medical case histories and his findings, documenting that up to one-third of the patients healed from essentially nothing. The term used to describe this phenomenon was the placebo response—or, as it is more commonly known, the placebo effect.

Placebo is used to describe any form of treatment where patients are led to believe that they’re experiencing a beneficial procedure or receiving a curative agent, while in reality they’re given something that has no known healing properties.

The placebo can be as simple as a sugar pill or common saline solution or as complex as an actual surgery during which nothing is done. In other words, while the patients have agreed to participate in a medical study, they may not know precisely what their role in it will be. To test the placebo effect, they may undergo all of the experiences of surgery—including anesthesia, incisions, and sutures—while in reality nothing is added, taken away, or changed. No organs are treated. No tumors are removed.

What’s important here is that the patients believe something is done. Based on their trust of the doctor and modern medicine, they believe that what they’ve experienced will help their condition. In the presence of their belief, their body responds as if they’d actually taken the drug or undergone a real procedure.

While Beecher reported that around one-third of the patients he reviewed responded positively to a placebo, other studies have placed the response rate even higher, depending on the condition for which patients were treated. Migraine headaches and wart removal, for example, have had high success rates. The following excerpt from an article published in The New York Times in 2000 reveals just how powerful the placebo effect can be:

Forty years ago, a young Seattle cardiologist named Leonard Cobb conducted a unique trial of a procedure then commonly used for angina, in which doctors made small incisions in the chest and tied knots in two arteries to try to increase blood flow to the heart. It was a popular technique — 90 percent of patients reported that it helped—but when Cobb compared it with placebo surgery in which he made incisions but did not tie off the arteries, the sham operations proved just as successful. The procedure, known as internal mammary ligation, was soon abandoned.2

In May 2004, a group of scientists at Italy’s University of Turin Medical School conducted an unprecedented study investigating the power of belief to heal in a medical situation. It began with administering drugs that mimic dopamine and relieve patients’ symptoms. It’s important to note here that the drugs have a short life span in the body and their effects last only about 60 minutes. As they wear off, the symptoms return.

Twenty-four hours later, the patients underwent a medical procedure where they believed that they would receive a substance to restore their brain chemistry to normal levels. In reality, however, they were given a simple saline solution that should have had no effect on their condition.

Following the procedure, electronic scans of the patients’ brains showed something that’s nothing short of a miracle. Their brain cells had responded to the procedure as if they’d been given the drug that originally eased their symptoms. Commenting on the remarkable nature of the study, the team’s leader, Fabrizio Benedetti, stated, “It’s the first time we’ve seen it [the effect] at the single neuron level.”3

The University of Turin findings supported studies that had been conducted earlier by a team at the University of British Columbia in Vancouver. In that investigation, it was reported that placebos could actually raise the brain levels of dopamine in the patients who receive them. Linking his studies to the earlier ones, Benedetti speculated that “the changes we ourselves observed are also induced by release of dopamine.”4

It may be precisely because of this effect that William James, M.D., the man known as the “father” of psychology, never actually practiced the medicine that he was trained to offer. In an article written in 1864, he left little doubt as to why he suspected that the real power of healing was less about the procedures and more about the way doctors helped their patients feel about themselves: “My first impressions [about medicine] are that there is much humbug therein, and that, with the exception of surgery, in which something positive is sometimes accomplished, a doctor does more by the moral effect of his presence on the patient and family, than by anything else.”5

For as long as there have been people, there have been attempts to alleviate their suffering and cure the medical conditions that they experience. While the history of healing can be traced back more than 8,000 years, “modern” medicine is considered to have begun only in the 20th century.

Before that time, it’s possible that many of the remedies used may have contained very little in the way of active ingredients. If this is true, then the placebo effect may actually account for a large percentage of past healings and may have played a key role in helping humankind survive into modern times.

If life-affirming beliefs do in fact have the power to reverse disease and heal our bodies, then we must ask ourselves an obvious question: How much damage do negative beliefs carry? How does the way we think about our age, for example, actually affect the way we grow older?

What are the consequences of being bombarded with media messages that tell us we’re sick rather than ones that celebrate our health? We need look no further than our friends, our family, and the world around us to find the answers to these questions.

Excerpted from pages 42 to 44 of Spontaneous Healing of Belief  by Gregg Braden. Copyright © 2008 (Hay House).